The Magic Flute (“Die Zauberflöte”, K. 620), is an opera in two acts by Wolfgang Amadeus Mozart. Libretto by Emanuel Schikaneder, an Austrian actor and theatrical producer. The Magic Flute is an opera that includes also spoken words, not only singing. This kind of operas are called “Singspiel”.
The opera “Die Zauberflote” ranks on place 3 worldwide, with 3318 performances (552 different productions) in the season 2017/2018 (as of operabase.com statistics).

Queen of the Night, from The Magic Flute – Arranged by Lauren Elledge.for String Quartet 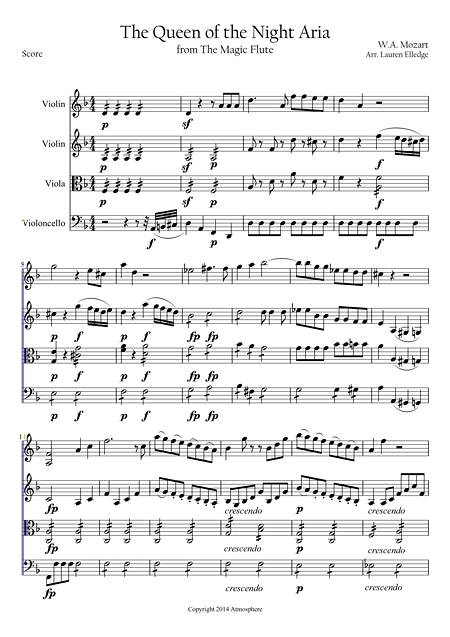 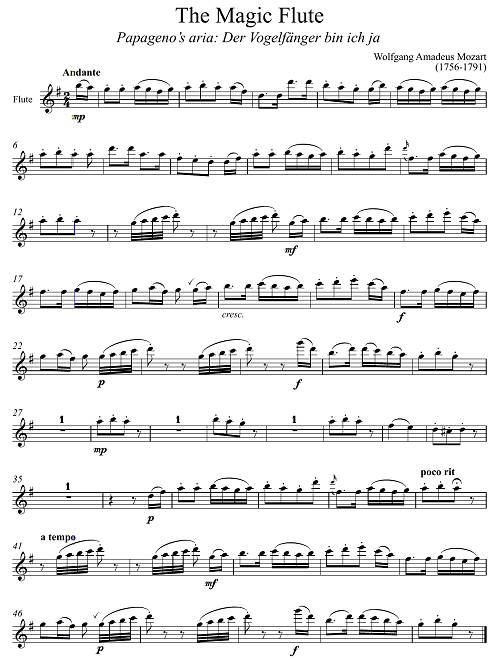